On Friday the 28th of June 2019 we had our 3rd annual Careers Fair. This was a resourceful and exciting opportunity for our mainstream year 10 and 12 students and those in BCS. 70 chosen year 8 students were also given this opportunity. We had a huge number of 42 different stands this year which students could collect information from and engage with the exhibitors.

These included colleges, universities such as Kings, City and Aston, Apprenticeship providers, uniformed services such as the Army, British Airways and Paramedics, Career specific companies such as in Construction, Mechanics, Dentistry, Journalism and Psychology and finally former students who have gone on to become Doctors, Engineers, Financial Controllers and owning their own businesses. It was a busy and positively buzzing afternoon, which students, staff and exhibitors found extremely useful. Our students made such a good impression on the exhibitors that the representative from Balfour Beatty said “I’d like to highlight how personable and helpful the 6th formers were – they really looked after us.”

Hertfordshire University quoted “Thank you very much for organising another great event! It was really busy and the students were very engaged. What was really nice also was how driven and motivated the Year 8’s and 10’s were (some of the Year 8’s were asking about studying Astrophysics and Financial Maths at university, which I have never experienced with a younger year group before!).”

City University quoted “Our SA’s said it was amazing as always and they ran out of prospectuses again. Definitely one of the best events of these we go to”!

We always want to improve the event, so look forward to another successful one next year. 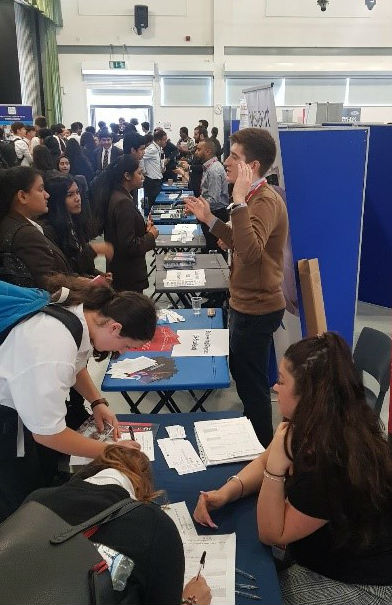 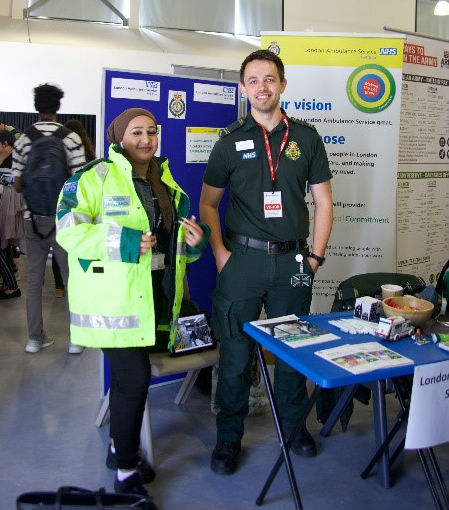